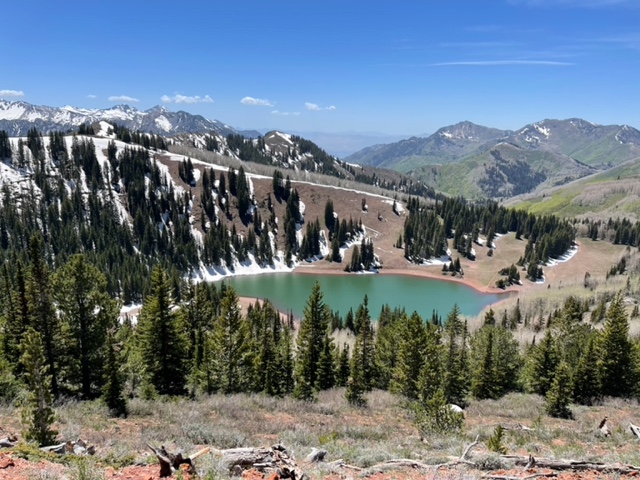 5 Scientifically Proven Reasons Why AFib Ablations Are Better than Drugs

The primary goal of anyone who has just experienced their first atrial fibrillation attack is to do everything possible to reverse this condition so that you don’t ever get another attack. Ideally, you can make the key lifestyle changes after the first AFib event to maximize the chances of this approach being successful. And of all the healthy lifestyle changes you could make, the most effective is to get down to a healthy weight.

How much weight do you have to lose? A good rule of thumb is to get your BMI (body mass index) below 25. If you’re not sure if your weight is in the healthy zone, follow this link to a BMI calculator.

I’ve also seen patients put their AFib into remission by other means such as getting out of a toxic job, getting their sleep apnea treated, or avoiding AFib triggers like alcohol. But if lifestyle therapy isn’t enough for your AFib should you opt for drugs or an ablation?

When is it time for an ablation?

Accepting ablation is not accepting that you weren’t “good enough” to cure your AFib in other ways. After all, many of our patients are endurance athletes, often in their thirties or forties, who are a picture of health. As most of these athletes can’t compete on medications, and have already optimized many aspects of their lives, many end up getting their AFib ablated. And, with that, because so many aspects of their health have already been optimized, almost all are able to return to full physical activity, including competitions, without any medications and without any further AFib episodes.

I cannot emphasize this enough: Ablation isn’t what you do when all other options fail, anymore than a cast is something you put on a broken arm when all other options fail. Ablation is a procedure that can in some cases be avoided—and it’s nothing to rush into lightly—but for many people, it’s an absolutely necessary treatment that should be discussed with an expert EP (a cardiologist specializing in AFib) sooner than later.

What is an ablation?

In a catheter ablation, an electrophysiologist controls the movement of several catheters—specialized tools designed to work in the heart which are gently inserted into a patient’s body through a large inner thigh vein. A lot of people are surprised to learn that doctors can reach the heart in this way, but cardiac catheterization is nearly a century old, having been first completed by the German physician Werner Forssmann, who slid a 24-inch catheter from his own arm to his right ventricular cavity in 1929.

In the decades that have passed, doctors have learned to guide catheters toward malfunctioning heart cells in the atria. And those malfunctioning cells are destroyed with either radiofrequency or cryo energy creating a barrier of scar tissue to prevent abnormal electrical signals from triggering AFib (like with electrically isolating heart tissue near the pulmonary veins) or directly eliminating misfiring cells in the heart. Either way, the end goal it to stop AFib from happening again. As no cutting or stitches are needed, 99% of my patients are able to go home the same day after a few hours of monitoring.

How does an ablation get rid of AFib?

Now, it might seem counterintuitive that purposefully creating more scar tissue in an ablation procedure is one of the ways to fight a condition that is usually caused in part by scar tissue that has built up in your heart over the decade. But when you consider what the newly scarred tissue does—or rather, what it doesn’t do—it makes a lot of sense.

The process creates an electrical bypass, of sorts, that takes malfunctioning heart cells out of the equation. Once that happens the electrical currents that run through a patient’s body, controlling the action of their heart, have no choice but to move through the remaining healthy tissue. Or, in another way of thinking, the currents can no longer get “lost” in a jumbled maze of bad cells. What’s more, studies show that when these “bad cells” are eliminated, it can strengthen the rest of the heart so much that both the atria and ventricles are stronger after the procedure, since they are now working in harmony with one another.

What happens after an AFib ablation?

The result can seem miraculous. Patients who felt doomed to a life of atrial fibrillation with all of the accompanying medications, cardioversions, and hospitalizations are suddenly free from this affliction. As you know, AFib begets AFib. This condition tends to get worse with time. And for this reason, our research shows that the earlier we can treat your AFib the more likely we’ll be able to put it into remission.

But something remarkable happens when the heart can maintain normal sinus rhythm for prolonged periods of time. Rhythm begets rhythm. The heart can heal itself! In a fascinating study, Australian researchers using MRI and high-tech 3D mapping technologies of the heart were able to show that by eliminating AFib with an ablation, non-ablated diseased areas of the heart were able to heal themselves over the following two years. Remarkably, inflamed and fibrotic areas of both the atria and the ventricles resolved. It was as if the heart repaired what could be repaired and replaced that which needed to go—structurally the cells were healthy again and electrically most of the “electrical shorts” went away.

What do AFib ablation studies tell us?

A lot of other problems can be reduced by ablation. In our study of nearly 38,000 patients, for instance, we showed that ablation didn’t just reduce AFib, but also reduced the risk of premature death, stroke, and dementia. Further research has demonstrated that patients getting an ablation also enjoy much better kidney function which makes sense because AFib may compromise blood flow to vital organs. Perhaps the greatest benefits seem to come for the sickest patients—those who are fighting both AFib and heart failure. After ablation, research shows, their risk of death, stroke, bleeding, or cardiac arrest plummeted by half.

Of course, results like the ones we just covered in the paragraph above are always met with skepticism. And they should be. That’s why dozens of researchers from around the world aided in the nearly decade-long Catheter Ablation vs Antiarrhythmic Drug Therapy for Atrial Fibrillation trial, also known as the CABANA study, the biggest ablation study ever done, which enrolled more than 2,200 mostly older AFib patients from around the world and randomized them to either medications or an ablation. These patients were then followed for about four years to see what happened next.

The only problem to this simple study design is that more than a quarter of patients assigned to drugs required an ablation before the four years were up, while 9 percent of the patients randomized to an ablation decided not to have the procedure done. This muddied the statistical waters, because some statisticians will argue that the “pure” way to conduct a study is to count the results based on how patients were assigned rather than what therapy they ultimately received.

Under this way of analyzing the data, patients who were assigned to medications, but who really had an ablation, would be counted as “medication patients.” Likewise, those patients assigned to ablation, but who never had the procedure, would be counted as if they really did have a procedure. It should come as no surprise that if you analyze the results based on how patients were assigned, rather than the therapy they actually received, that the primary end points of the study—strokes, bleeding, cardiac arrest or death—were similar between the groups.

5 Scientifically Proven Reasons Why AFib Ablations Are Better than Drugs

And yet, even when looked at in this way, the advantages of an ablation are clear, with the CABANA study showing that:

1. If your goal is normal sinus rhythm, then ablation is significantly better than drugs at keeping your heart in rhythm.

2. If your goal is a better quality of life, then ablation is also your answer.

3. If your goal is to stay out of the hospital, then once again ablation is your best bet.

4. If you have heart failure, ablation is also much better, a finding that has been backed by other trials.

5. While the complication risks of an ablation or drugs were different, overall the risks were no higher with ablation when done at the experienced hospitals participating in this study.

For those suffering from atrial fibrillation that doesn’t quickly go away with weight loss and other lifestyle changes, it is time to see a cardiac electrophysiologist (cardiologist specializing in AFib) to discuss the role of medications or catheter ablation. If you would like to meet with me, or one of my colleagues, in Salt Lake City please call my team at 801-266-3418 to set up an in-person appointment (sorry, telemedicine visits are not available for initial consultations).

Did you like the photo attached to this article? I took it yesterday on my run over a mountain range to Desolation Lake which is located between Salt Lake City and Park City, Utah.