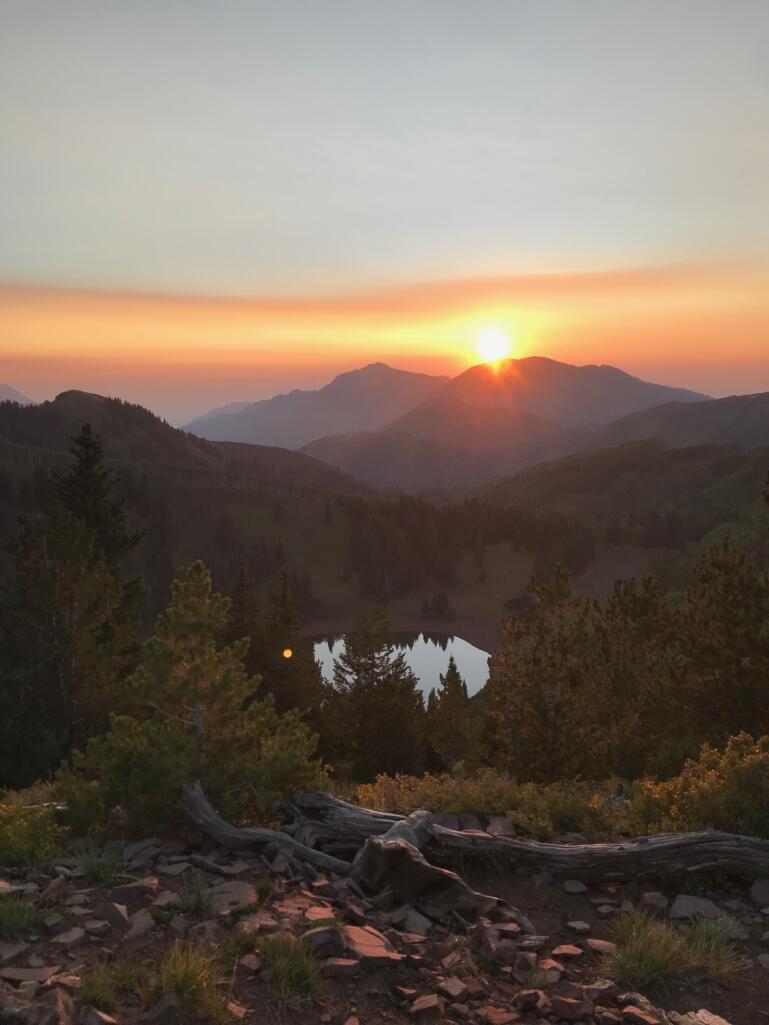 If you’re not sure what an ablation is, or what drugs are used for atrial fibrillation, then this section is for you. For advanced readers, feel free to skip down to the next section.

Catheter ablation is an outpatient procedure whereby a cardiologist specializing in arrhythmia treatment (cardiac electrophysiologist or “EP”) inserts catheters into the heart through a vein in the leg. And then while the patient is asleep, the “EP” will cauterize or freeze those areas of the heart that are misfiring. And the goal of catheter ablation is no more AFib and no more anti-arrhythmic medications.

Anti-arrhythmic drugs have traditionally been used first to keep hearts beating in rhythm. Under the old treatment paradigm, ablations were only recommended when drugs failed. Mechanistically, anti-arrhythmic medications change the electrical connections between cells in the heart. If everything goes as hoped then the drug keeps your heart in rhythm and you don’t have any side effects.

In this recently published JAMA Cardiology meta-analysis study, researchers pooled the results from 6 randomized clinical trials (RCT’s). I should point out here that RCT’s are considered the most accurate clinical studies as by randomizing the patients to say treatment “A” vs “B” it minimizes the risk of selection bias. And selection bias can change the results of a study if researchers subconsciously recommend one treatment over another based on how “sick” the patient may be.

With 1,212 patients from 6 RCT’s available to study, these researchers came up with the following 3 conclusions:

3. Ablation is every bit as safe as medications.

When I’ve shared the results of studies like these with patients, many have been surprised to learn that the safety profile of an ablation is similar to that of medications. And probably the reason why ablations are just as safe as drugs probably stem from the fact that we really don’t have any good medications available to keep hearts beating in rhythm. All of the anti-arrhythmic drugs can change the electrical connections within the heart thereby ever so slightly increasing the risk of a cardiac arrest. Indeed, based on my 26 years of clinical experience since medical school, I’ve personally seen far more serious complications from AFib medications than complications from catheter ablations. 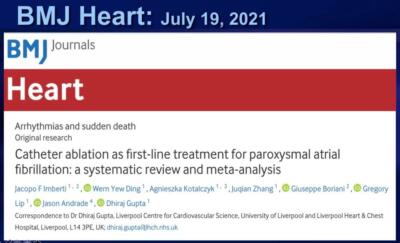 Interestingly, in this recently published meta-analysis researchers used the same 6 RCT’s and the same 1,212 patients. Fortunately, when analyzing these same 6 studies, the researchers came to the same conclusion that ablations are best for keeping hearts in rhythm, keeping patients from being hospitalized, and from a safety standpoint there was no difference between the two therapies. In this world where everyone seems to interpret “the facts” differently, it is very reassuring that two different research groups came to the exact same conclusion.

And in the third meta-analysis study published this year, the researchers writing this report only included 5 studies of 997 patients. Now why they dropped one study isn’t entirely clear. Regardless, even with only pooling the results of 5 RCT’s, this third group of researchers still came to the same conclusion. If your goal is no atrial fibrillation then ablation is your best option. And if you don’t want to get hospitalized then once again ablation is your best choice. Finally, safety was the same whether you choose ablation or drugs first.

Dr. Day’s 7 Thoughts on Ablations vs. Drugs First for AFib

1. It’s critical to remember that up to half of all patients can maintain normal sinus rhythm without drugs or procedures provided they quickly adopt aggressive lifestyle changes including weight loss. The key here is that lifestyle changes need to happen fast like the second you are diagnosed with atrial fibrillation. The longer your heart is out of rhythm the harder it is to correct. And for those patients who are already at a lean body weight, atrial fibrillation may not be reversible unless there are significant stressors or other obvious medical conditions that need to be treated.

2. While the “average” patient can only expect one to two years of normal sinus rhythm with an anti-arrhythmic medication, I’ve certainly seen patients go one or two decades with perfect rhythm control and no side effects. While these patients are definitely outliers, it is still possible to have excellent results from medications. And the patients that seem to do best with medications are those patients who use medications only temporarily until they can drop 20 or 30 pounds, get their sleep apnea treated, bring their blood pressure under control, etc. so that they can then maintain normal rhythm naturally without the aid of drugs.

3. For those patients in whom it is impossible to maintain normal sinus rhythm with lifestyle changes alone, and do not want to be stuck on medications for the rest of their lives, ablation is an excellent choice. Indeed, I have countless patients who have combined healthy living with an ablation and have been living without AFib for many, many years.

4. The 3 meta-analysis studies discussed in this article are very reassuring from a safety standpoint. As the technology has improved over the years, so too has the safety profile of this procedure. And with the new technologies currently being studied, like pulsed field ablation, my prediction is that in the next few years ablation will be much safer than anti-arrhythmic medications.

6. While ablation is usually the answer for the young and athletic, in an older patient anti-arrhythmics may be recommended first. And by older I mean over 80 years old. Why this number? Based on our studies, while we can successfully get our 80 year olds safely through an ablation procedure, the success rates of maintaining normal sinus rhythm are not as high as what we see in our younger patients. Here are the links to our published studies on ablations in 80 year olds: 1st study. 2nd study.

7. At the end of the day the answer to whether ablation or drugs first for atrial fibrillation is a question best left to a personal discussion between you and your “EP.” Each patient is different and no two cases are the same. Find a cardiologist specializing in atrial fibrillation ablation and have a “heart-to-heart” discussion as to what is best for you. 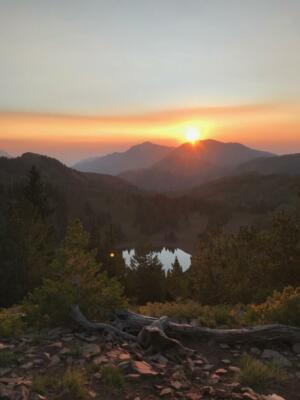 If you want to learn more, be sure to check out our best selling book, The AFib Cure. Or if you would like to meet with me, and you can make it to our clinic in Salt Lake City, Utah, to discuss ablation or drugs first for atrial fibrillation, please call my team at 801-266-3418 (sorry tele-med visits outside of the state of Utah are no longer possible due to government regulations).

Also, if you liked the photo attached to this article, it came from my daughter’s iPhone on our mountain bike ride this week. She took the photo from the Wasatch Crest Trail near Park City, Utah overlooking Desolation Lake at sunset. At an elevation of approximately 10,000 feet above sea level, the Wasatch Crest Trail is my favorite trail in the world to run or mountain bike.