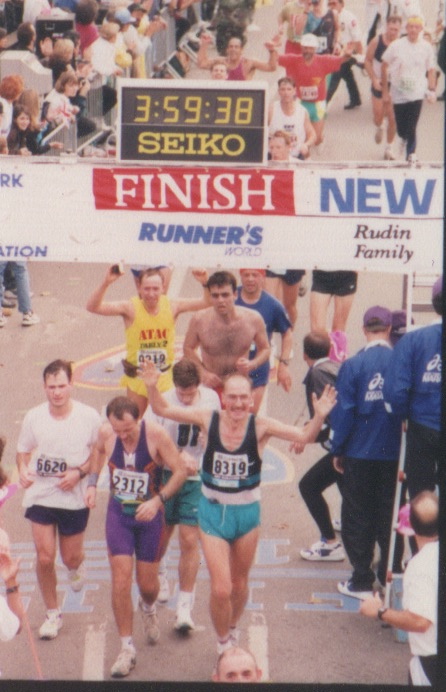 Can Too Much Exercise be Bad for You?

The modern day marathon was inspired after Pheidippides, a long distance running courier in ancient Greece. During two days he ran a total of 175 miles. On the last leg of his run, a 25 mile distance from the battlefield near Marathon to Athens, he died suddenly.

Can the same thing happen to us if we run too much?

Recent Headlines: Too Much Running is Dangerous

Did you see the recent news reports that too much running is dangerous?  What is the science behind these headlines?

These headlines came from a recent study published in the Journal of the American College of Cardiology.  In this study, researchers from Copenhagen reported their findings of 5,048 joggers and non-joggers who they had followed for 12 years.

Results of the The Copenhagen City Heart Study

Here are the key findings of this study which caught the attention of the news media:

1. The most intense runners had the same risk of dying as the coach potatoes.

2. Light joggers who jogged between 1 and 2.4 hours each week, for no more than 3 times each week, at a slow to moderate pace were the least likely to die.

3. Moderate joggers did not survive as well as the light joggers.

4. Running faster than 7 mph, jogging for 2.5 hours or more each week, or jogging more than 3 times per week increased the risk of premature death in this study.

Can we believe the results of the Copenhagen City Heart Study?

For the runners reading this article, like me, our first question is how reliable are these data?  And, just what is the optimal dose of running?

Like most medical studies, this study was definitely not perfect.  For example, there were only 47 joggers in the group that jogged the most (more than 4 hours a week).

In this small group of 47 joggers in this study who ran more than 4 hours a week there was only one death.  Had that one person not have died during the study then the results would have been completely different.

Interestingly, this study did not even report what this one runner even died from.  For all we know he could have died in a car crash that had nothing to do with his love of running.

While we can certainly poke holes in the conclusion of this study, this study is in line with a growing body of research that shows that extreme levels of exercise may be dangerous to our health.  The only difference between this study and the other studies is that this study reported that even low levels of exercise (jogging for more than 2.5 hours per week) conferred an added risk of death.

Can what happened to Pheidippides happen today?

For better or worse, too much exercise is something that 99% of the American public never needs to worry about. In fact, knowing that less than 5% of Americans even get enough exercise according to pedometer studies I hesitated even writing this article.

I recently read the epic masterpiece by Christopher McDougall entitled “Born to Run” (affiliate link) which reignited within me my passion for marathon running.  A number of years ago during my health crisis I had to give up running due to severe knee pain.  Since completely changing my lifestyle I was able to reverse my knee pain in addition to many other medical conditions.

Yes, I am the totally depleted guy without a shirt at the finish line. I remember as a child running in our neighborhood and dreaming of winning the Olympic Marathon for USA, however, from my marathon time you will notice that I never quite qualified…

Now that I have completely regained my health and am able to run again I would love to train for another marathon.  However, as a cardiologist, I have to question if marathon running, or any ultra endurance event, is really the best thing for my health. Outside of the wear and tear on our joints from marathon running, just what is happening to the heart?

Interestingly, there is now a cardiac condition called Phidippides Cardiomyopathy. In this condition, the heart enlarges, weakens, and becomes very susceptible to a cardiac arrest after extreme levels of exercise.

It is not just marathon runners who are at risk. Studies have also shown endurance cyclists and cross-country skiers are also at risk of cardiac complications.  For example, endurance athletes often have cardiac enzymes, from cardiac cell death, in their blood following an endurance race.  It should be pointed out that cardiac enzymes in the blood is an ominous finding and is one of the ways we diagnose a heart attack when anyone, usually non-athletes, when they present to the emergency room with chest discomfort.

Tragically, one of the key characters in Christopher McDougall’s book, Caballo Blanco, an ultra marathoner, died of a cardiac arrest while running just 3 years after the book was published.  At autopsy he was found to have an enlarged heart and likely also developed Phidippides Cardiomyopathy after a life-time of ultra marathoning. 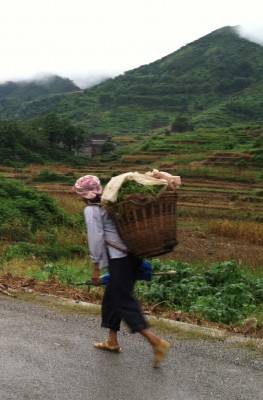 How can they escape most of the Western diseases like heart disease, dementia, diabetes, obesity, etc. and yet never exercise?  The answer is really quite simple.  They are physically active all day, every day farming by hand.  They do experience short periods of high intensity training like when they need to carry a 50-70 pound basket of produce on their backs while walking up the side of a mountain.

Their form of “exercise” is very gentle and does not stress the joints.  Could this be why none of them had undergone joint replacement surgery but yet could walk without a limp even at an age of more than 100 years old?

How Much Should We Exercise?

Just how much exercise should we aim for?  Let me share with you four simple strategies that I recommend for my patients.

2. Find an exercise you enjoy.

It doesn’t matter what you do for exercise as long as you enjoy it. Unfortunately, half of all people who start an exercise program quit within 6 months.

The key, therefore, to making exercise stick is to find something that you enjoy.  Exercise does not mean just going to the gym.  Personally, I hate the gym and have not spent anytime in a gym for years.

Rather, exercise could be dancing, walking, skiing, hiking, or just about anything that moves your body.  Even better is to mix up your exercise routine to minimize the risk of injury and work different muscle groups.

3. Have a Work Out Partner or Track Your Work Outs

In addition to exercise, it is also just as important to remain physically active throughout the day. Studies have shown that people who sit for most of the day (i.e. desk jobs), cannot reverse the ill effects of sitting all day even if they exercise vigorously each day.

For example, if you sit more for more than 3 hours a day then you lose 2 years of life according to this study.  When we sit our large muscle groups are at rest which leads to changes in our body’s metabolism and how we process glucose.

10,000 steps represent the equivalent of walking approximately 5 miles.  I have found that even my elderly patients can log 10,000 steps a day.  Just the act of tracking your steps causes you to take an extra 2,000 steps (1 extra mile) without even knowing it.

With thoughts of the Copenhagen City Heart Study and Phidippides Cardiomyopathy in my mind, I think I will hold off on training for any more marathons. Do you agree?

What is your preferred form of exercise?

Please note that this article was revised and updated on February 6, 2015.