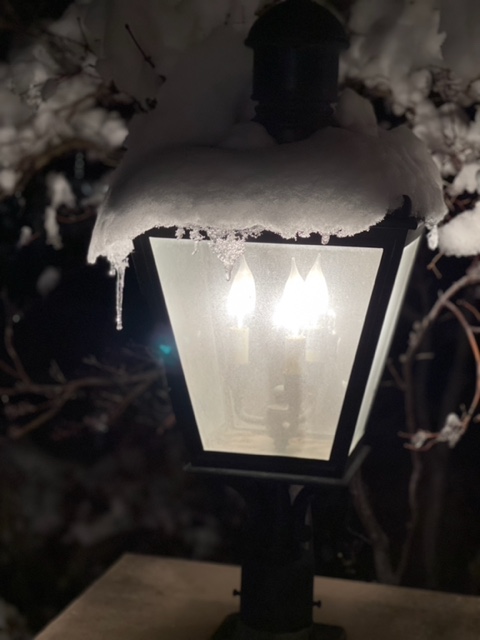 How to Reprogram Your Genes to Live to 100

Just prior to giving the keynote lecture at a large medical conference organized by Northwestern University in Chicago on the subject of “How to Thrive to 100,” a surprising number of conference attendees I met said something to the effect of, “who in their right mind would want to live to be 100?” That sort of response completely ignores the fact that a person who arrives at 100 still skiing and in good health most likely also enjoyed great health when they were sixty, seventy, eighty, and ninety, too. And these were other doctors!

If you are the type that still wants to be skiing, running, or cycling at age 100 then this article is for you. But to achieve this goal will require you to reprogram your genes to still be thriving at 100. Read on to learn more…

Do Your Genes Determine your Lifespan?

Are some of us genetically destined to live long lives and others not? Not at all. Today we’re learning the impact we can have on our genes is profound. Rather than being stuck with what we’ve inherited from past generations, our research that we shared in our best-selling book, The Longevity Plan, shows the expression of our genes can change significantly, and positively, as a result of the decisions we make every day.

Indeed, the genetic work done by my team with the centenarians living in China’s centenarian belt in the Bama County of the Guangxi Province has shown that the majority have genes that should predispose them to hypertension, atrial fibrillation, myocardial infarction, hypertriglyceridemia, and hypercholesterolemia. In fact, one of the centenarians we studied had gene markers for an increased risk of all five of these conditions!

Our findings are not the exception. Other studies of people in Bama County have revealed genes that, based on everything we know about genetics, should actually predispose these folks to heart disease, Alzheimer’s disease, high cholesterol, and diabetes. In one study, researchers found that 516 people from Bama County, all over the age of 90, carried a gene that often results in elevated homocysteine and cholesterol levels leading to heart attacks and dementia.

Despite being genetically “programmed” for early heart disease and memory impairment, though, these people showed almost no signs of these diseases. In fact, studies of Bama centenarians have shown that even in those over the age of 100, heart disease is only seen in 4 percent. Another study looking at 267 long-lived Bama residents at an average age of 88 could only find one case of dementia. To put these numbers in context, about 85 percent of people over the age of 85 in the U.S. have already developed heart disease, and roughly half of all people in the U.S. age 85 or older have developed dementia.

Your Lifestyle is Far More Important than Your Genes

As it turns out, the only measurable genetic difference between the people in this region who live a long time and those who don’t is something called methylation, a mechanism our cells use to change the way our genes are expressed in response to how we live. And we know from studies of people from gene pools all across the world that everyone has the ability to positively impact their genomic expression, for good and for ill.

We’ve all known someone, for example, who was gifted in some way but didn’t work to hone that gift, with rather predictable consequences. We’ve also all heard the inspiring stories of people who are naturally disadvantaged in some way, but are able to overcome that disadvantage through hard work and dedication.

Approximately 80% of Your Lifespan is Determined by Lifestyle Choices

In a ground-breaking study, a group of researchers considered the genetic and environmental factors impacting the lives of nearly 3,000 identical and fraternal twins from Denmark, they concluded that “longevity seems to be only moderately heritable.”

For women, the researchers concluded, only about 26 percent of longevity was the result of heredity. For men it was about 23 percent. The rest, the scientists concluded, is up to us. When I came to recognize this, it was exceptionally freeing. For years I’d blamed my health problems on a rather poor draw in the genetic lottery, and in some ways it was true. When I had my DNA analyzed, the lab report was downright depressing. I carry variations of genes associated with obesity, diabetes, Alzheimer’s disease, and inflammatory arthritis. But what the people of Longevity Village have taught me is that our genes aren’t a prison sentence.

Rather than being genetically destined to live long and healthy lives, it’s quite clear that the people of Bapan have benefitted from lifestyle choices and attitudes that have actuated their genes in ways that have allowed them to thrive to one hundred years of age and longer without medications, surgeries, or doctor visits. We know this, too, from looking at what happens when people leave the village and significantly alter their lifestyle. When one young man I met left the village to seek work in the city of Guangzhou,
for instance, his job in a factory sweatshop and changes in eating habits took an almost immediate toll on his health. After suffering from the effects of stress, a lack of healthful physical activity, a poor diet, air pollution, and weight gain, he decided to return to the village and re-integrate, best he could, with the traditions of his ancestors. His health was remarkably restored within months of his return.

How to Reprogram Your Genes

Only eat real foods. Avoid anything processed or prepared whenever possible. Stay away from added sugars and grain flours as much as possible. Consider supplements to correct nutritional deficiencies. Stay lean.

Ideally, you are getting at least 30 minutes of moderate-intensity exercise and recording at least 10,000 steps daily. Shorter periods of daily exercise are also good if you are doing high-intensity work-outs. Strength training is also important to optimize for longevity.

Restorative sleep is priceless. Whether you think you need it or not, target for at least 7 hours of sleep each night. Going to bed and waking at the same time every day is also associated with better health and longevity.

There will always be stress in your life. The key is to proactively do something every day to allow you to process the stress. For me, nothing puts stress in its place like a daily epic workout in the mountains.

At the end of the day, it’s our relationships that count the most in this life. And studies show that relationships may better predict health and longevity than smoking or obesity. Prioritize time each day with the most important people in your family.
Did you like the photo attached to this article? It is our front walkway light after an unexpected big snowstorm this past week.