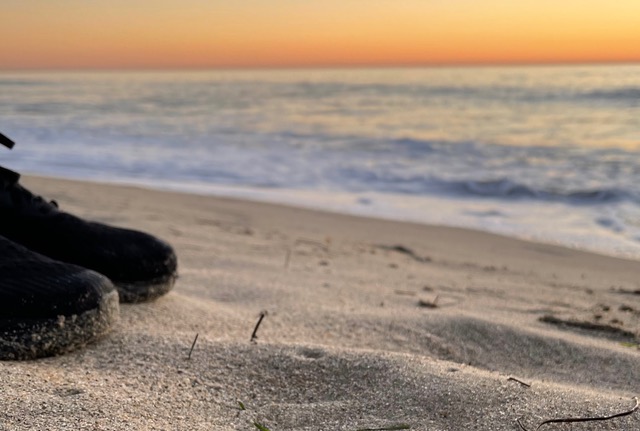 Could one of your medications actually be causing your AFib? Over the years I’ve seen a number of patients either significantly decrease their AFib episodes or even put their AFib into remission for a few years just by getting off an AFib causing medication. For those who needed a particular medication, catheter ablation was very helpful in eliminating the AFib so that they could continue to take their necessary medication. Below are my 11 worst medications causing atrial fibrillation.

With the exception of spironolactone (Aldactone) and triamterene, diuretics can be problematic for atrial fibrillation patients. The reason is that most diuretics are well-known to cause mineral depletion in the body. Depletion of those key minerals, especially potassium and magnesium, is often enough to trigger atrial fibrillation.

Non-steroid anti-inflammatory drugs, or NSAIDs, can also induce AFib. NSAIDs are relatively common drugs like ibuprofen and naproxen that are often used to fight pain. NSAIDs are particularly troublesome for AFib patients because they also increase the risk of heart and kidney failure. For those who are also on a blood thinner, NSAIDs increase the risk of an emergency room visit for a life-threatening gastrointestinal bleed.

Proton pump inhibitors, which suppress stomach acid, can also atrial fibrillation by blocking magnesium absorption or possibly by changing a person’s gut microbiome. These drugs include omeprazole, lansoprazole and pantoprazole, which are often sold under the brand names Prilosec, Prevacid, and Nexium, respectively.

Steroids, like prednisone and Solu-medrol, can cause atrial fibrillation, too, by raising blood glucose levels to very high levels and increasing blood pressure through fluid retention and weight gain. Over my career, I’ve even seen many cases of steroid injections triggering AFib.

Cardiac stimulant medications, like albuterol inhalers or theophylline for asthma, have long been associated with AFib. Even over-the-counter decongestants such as pseudoephedrine, which is sold as Sudafed, or medications for attention deficit hyperactivity disorder can trigger an AFib attack. The bottom line is that anything that revs up the cardiovascular system has a risk of causing AFib.

Perhaps a bit counterintuitively, some if the classic drugs used to treat abnormal heart rhythms such as digoxin, calcium-channel blockers such as verapamil and diltiazem, and beta-blockers have all been associated with an increased risk of AFib. While the exact mechanisms whereby these drugs may increase the AFib risk aren’t entirely clear, plenty of cases have been documented in the medical literature. We’ve even seen beta-blockers, which are often used to treat AFib, linked to AFib episodes due to associated weight gain, particularly with women.

As many readers know, there is prescription-strength fish oil, like Lovaza, as well as the over-the-counter fish oil. Prescription-strength fish oil is used to treat high triglycerides whereas the over-the-counter version is used to treat a myriad of complaints. Regardless of which form it is, fish oil has now been implicated as a potential cause of AFib.

If fish oil has been particularly helpful for you, try keeping the dose under 1 gram per day to minimize the risk of AFib. Or, alternatively, you can do what I’ve done and go back to eating wild-caught fish high in omega 3s instead of taking a supplement. Interestingly, since stopping fish oil for myself, I’ve noticed a lot fewer palpitations.

Another surprise to many readers is that the antiarrhythmic drugs, the ones that are supposed to prevent AFib, have been linked to AFib. For example, amiodarone is well-known to cause hyperthyroidism which can then result in AFib. Flecainide and propafenone both slow the sodium electrical channels in the heart which, in some cases, may trigger AFib. It is also well known that these 3 antiarrhythmics may also increase the risk of atrial flutter which could be even worse than the original AFib.

As if it weren’t bad enough that so many people are dying from opioid pain killers, the AFib risk has been reported to be up to 4-times higher in people taking these drugs. And just as opiates change the electrical properties of the heart to cause long QT and cardiac arrest, they can also rewire your heart to trigger AFib.

When you do talk to your doctor, make sure that you don’t forget to mention any supplements you are taking; people don’t always think of vitamins and supplements as drugs, but just like any form of therapy, these substances should only be taken for the right reasons and at the right doses. One of our studies, for example, found that the risk of developing atrial fibrillation was two and a half times greater among individuals who were taking excessive amounts of vitamin D.

Should You Panic if One of Your Medications is on this List?

Just because a medication you take might be associated with AFib doesn’t mean it shouldn’t be taken. All medications have potential side effects, after all. The best way to make decisions about the medications you have been prescribed is in consultation with your doctor.

Under no circumstances should you come off a drug you have been prescribed on your own volition; you should always do so in consultation with a physician. If you have an atrial fibrillation diagnosis or if you have concerns that AFib might be on your horizon, you should immediately engage in a conversation with your doctor about all of the medications you are taking, both regular prescriptions and once-in-a-while over-the-counters.

You don’t have to wait for an appointment to start gathering the information you need, though. The common and less frequently known side effects of all medications are available from a variety of reputable sources, including the U.S. FDA, and a simple internet search for “AFib” and the name of the drug you are taking can tell you whether there is a possible connection.

If there is a particular medication on this list that is very helpful for you, catheter ablation can be a very effective way to get rid of the AFib problem. Indeed, catheter ablation in conjunction with a healthy lifestyle, including weight control, is often curative for our patients as we described in our book, The AFib Cure.

The procedures take less than 2 hours to perform and patients are usually able to go home 3 hours later. There is no cutting and no stitches with the procedure. Five days later most of our patients are able to return to full exercise at the gym.

To see me or one of the other cardiologists specializing in AFib in our practice, please call my team at 801-266-3418. Sorry, telemedicine visits outside of the state of Utah are no longer possible due to post-COVID government regulations.

Also, if you liked the photo attached to this article, it is a picture my daughter took of my running shoes during one of our sunset runs on Laguna Beach over the Thanksgiving Day weekend.