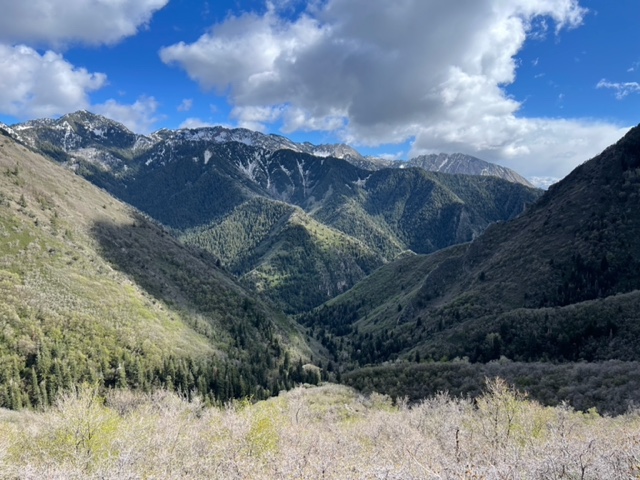 Of all the drugs that doctors prescribe for AFib, rate controllers are probably the most popular. And yet, in most of the cases we see, these drugs usually don’t reduce AFib attacks and seldom do they prevent them all together. They also don’t always prevent heart failure—because, when it comes to heart failure, rate control alone may not be enough. Many doctors don’t even know this yet, but research suggests that just the irregularity alone from AFib is enough to put some hearts into heart failure.

What do rate controllers do, then? They slow your heart down. And for this reason alone, the rate controlling drugs are frequently prescribed to AFib patients. In this article, we’ll discuss the top 3 drugs your cardiologist will probably want to use to slow your AFib heart rate.

Why do you need to slow the AFib heart rate?

When your heart is beating away at 150 beats per minute, slowing things down is a good thing. But rate controllers slow your heart no matter if its in an active state of AFib or not. And that can result in bradycardia, a condition in which the heart is beating too slow and thus the heart isn’t pumping enough oxygen-rich blood to the rest of the body.

Can these AFib rate controlling drugs slow your heart too much?

We’ve seen countless patients—usually older ones—admitted to the emergency rooms of the hospitals where we work with heart rates of under 45 beats per minute and are either fainting or coming close to fainting from such a slow heart rate. That’s why, if you are on a rate controller, it’s vital to invest in a smartwatch or other device with which you can monitor your heart rate.

What is the purpose of these AFib heart rate slowing drugs?

The rate controlling drugs do serve a purpose. In addition to making AFib feel “less bad,” they also help to prevent your heart from beating so fast with AFib that it could put you into heart failure. Our hearts simply cannot keep racing 24 hours a day, seven days a week, and keep functioning properly.

How much AFib rate controlling do you need?

As long as you aren’t having any symptoms, studies suggest an AFib resting heart rate below 110 beats per minute is best.129 Under the right conditions, rate controllers can help with that and, fortunately, these drugs tend to be available as generics, and are quite inexpensive. But they’re not all the same, so let’s look at the top 3 drugs your cardiologist will probably want to use to slow your AFib heart rate.

Beta Blockers are the most commonly prescribed rate controllers. They are also the only rate controllers that might actually help to prevent AFib episodes, particularly in situations in which your body releases a lot of adrenalin, such as when you are stressed out, exercising or angry. That’s because these drugs—which include metoprolol, carvedilol, atenolol, and basically any medication whose generic name ends in “olol”— shield the heart from adrenalin.

And when you look at all the drugs in the beta-blocker family, the very most popular beta-blocker in the US is metoprolol (also known as Toprol or Lopressor). In fact, none of the other beta-blockers even comes close to metoprolol…

When are adrenalin blocking effects of beta-blockers a good thing?

An adrenalin blocking medication is good when your heart is in AFib and beating at 150 beats per minute, but, if you are in normal rhythm, the adrenalin-shielding property of these drugs can literally put you to sleep. That’s why fatigue is one of the top complaints among users of these drugs. In women beta blockers are often additionally associated with weight gain. In men, one of the big problems is erectile dysfunction.

One of the most beneficial effects of beta blockers is that they often have a calming effect on users, which is good for people with AFib that is triggered by stress or anxiety. These drugs also tend to lower blood pressure, and since most people with AFib have high blood pressure that’s a good thing, too. Beta-blockers also often improve sleep, and since a lack of sleep can be a trigger for AFib, that’s also a significant benefit.

Which AFib patients should use beta-blockers?

The main group of patients who can most benefit are those whose AFib is induced by exercise, anger, stress, or heart failure. On the other hand, taking beta blockers for exercise-induced AFib can also be counterproductive since they can make it hard to get your heart rate up sufficiently to engage in vigorous exercise a vital component of the interventions nearly everyone needs if they want to put their AFib into remission.

Are beta-blockers safe to take for AFib?

Unlike antiarrhythmics, beta blockers are quite safe to take for almost everyone. Indeed, our sickest cardiac patients, those with a history of a major heart attack or heart failure from a low ejection fraction, generally live longer on beta blockers. If there’s a single type of drug that has the highest ratio of benefits-to-drawbacks, it’s beta blockers. But, of course, that doesn’t make these drugs right for everyone. That’s why there are two other classes of rate controllers.

Calcium channel blockers that are used for rate control work by blocking calcium electrical connections between heart cells. Some patients get nervous when they first learn about these drugs. Calcium is vital, after all, for strong bones, among other important functions. But these drugs don’t significantly block calcium absorption in your gut, calcium metabolism in general, or your overall bone health.

Digoxin, often known by the brand name Lanoxin, is the least prescribed rate controller. This is the drug that was derived from the foxglove plant and, as the very first AFib medication, doctors have been using it to treat arrhythmias for a very long time. However, digoxin, is rapidly falling out of favor among doctors.

And, compared to other rate controllers, it is relatively weak in its rate-slowing effects. Despite all of this, however, digoxin is quite inexpensive and can be helpful in a small subset of patients. One possible advantage of this drug, which comes from a class of heart-slowing medications known as cardiac glycosides, is that it doesn’t lower blood pressure like beta blockers or calcium channel blockers. That can be good for people who struggle with low blood pressure. Beta Blockers, calcium channel blockers, and digoxin all have an appropriate place in the pharmaceutical quiver that doctors use to treat their patients.

Do you also need an AFib rate controller if you are also on an antiarrhythmic?

Given the side effects and other concerns of the AFib rate controlling drugs, people often wonder if they really need these drugs, especially if they are also on an antiarrhythmic. If the antiarrhythmic your doctor has prescribed is flecainide or propafenone, the answer is “yes.” This is because the atrial flutter proarrhythmic effects of flecainide and propafenone are serious enough that you need a rate controller around to make sure the heart never beats too fast.

However, some antiarrhythmics do have some rate controlling effects. This is especially the case with amiodarone, sotalol, and Multaq (dronedarone). As a result, if you are combining antiarrhythmics with rate controlling medications—and especially if your are elderly—you will need to monitor your heart rate very closely, lest you find yourself with a heart rate that is so low that you pass out from lack of oxygen to your brain or or develop severe low blood pressure.

What should you do if you don’t want to take any of these drugs?

Most of our patients, especially the younger and more active AFib patients, don’t want to take any medications. Is there a way to get off the rate controlling and antiarrhythmic drugs?
Fortunately, catheter ablation of atrial fibrillation just keeps getting better and better. Ablations are a relatively simple 2-hour procedure now and our patients can go home 2-3 hours after their procedure with just a bandaid.
There is no cutting and no stitches with these procedures. Everything is done through a special IV in the leg. Patients are fully asleep and don’t feel a thing during the procedure. Recovery is quick and our patients are back to the gym exercising within 5 days. Ablations are also covered by Medicare as well as all insurance plans in the US.
Of course, not everyone can be helped with a catheter ablation but for our younger and healthier patients with paroxysmal atrial fibrillation it is very rare that we can’t put their AFib into remission with this procedure. Sometimes a touch up ablation is needed for complete resolution of the AFib.
If you live in Utah, or are willing to travel to Utah for care, feel free to call my team at 801-266-3418 to schedule an AFib consultation with me or one of my colleagues.
Also, if you liked the photo with this article, I took it yesterday while hiking with my wife and daughter. It is a majestic view from the Grandeur Peak Trail overlooking Salt Lake City, Utah.