#340 What’s Worse for Living a Long Life—Loneliness or Eating a Bad Diet? 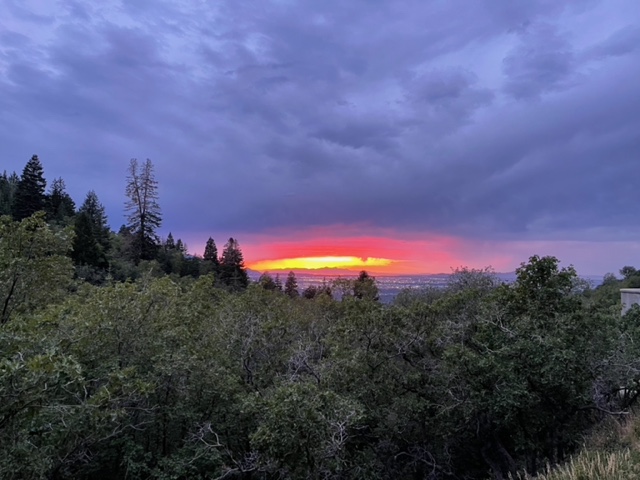 What’s Worse for Living a Long Life—Loneliness or Eating a Bad Diet?

If you want to live a longer, healthier, and happier life, it’s every bit as important to be socially connected as it is to what you eat. In fact, it now seems clear from the research that being socially connected is an even more important factor in our current and long-term health than what we eat.

Should You Give Your Parents a Coffin at Age 60?

There is a tradition in the Longevity Village, the mountainous area of Southwest China that has the highest percentage of centenarians in the world, that we studied in our bestselling book, The Longevity Plan, in which children build a coffin for their parents when they reach the age of sixty. That might seem morbid, but I’ve come to learn that it is not in any way because the children believe their parents are close to death. Much to the contrary, the practice is intended to let aging parents know that everything has been taken care of, and they do not have to worry that their deaths might be a burden upon their kin.

As Masongmou, age 107 at the time, shared with me, “My son has already prepared three coffins for me,” she said. “The first two became old, molded, and fell apart.”

That, I learned, was quite common. The wooden coffins tended to last ten or twenty years before they began to rot and fall apart.

Masongmou wasn’t eager to die, but when the time came, she said, she would be ready and content. And the way she saw it, death would give her a special opportunity to give back to her community.

Does Worshiping Your Ancestors Promote Longevity?

As is the case throughout most of China, each home in the village has a shrine. Ancestor worship—jìzǔ, in Mandarin—is deeply ingrained in Chinese culture and rooted in Confucian philosophy. Many Chinese believe the deceased have a special ability to do favors for the living, and can even shower their living descendants with blessings and fortune. That’s one of the reasons they make offerings to their ancestors, even burning paper money to make sure departed loved ones have plenty of cash to spend in the spirit world.

There’s a powerful social effect to this belief system. For in addition to whatever heartfelt familial obligations children feel they have to their elders, the constant presence of an ancestral shrine in people’s homes is a persistent reminder that the way parents are treated in this life won’t be forgotten when they pass on. This certainly isn’t to say that the Chinese wouldn’t be devoted to their parents anyway; the Chinese take elder care quite seriously.

Indeed, China is the only nation in the world I know of where children can be prosecuted for not visiting their parents often enough. But the spiritual coupling of familial responsibility and self-interest turns out to be a powerful motivator that helps keep the elderly engaged in the lives of their families in ways we sometimes fail at here in the United States.

What results from this belief is an understanding of mutual need that lasts until a person’s very last breath. Nearly every home in Longevity Village is inhabited by three or more generations from the same family. Each generation relies on the others for emotional, educational, social, and economic support. Children are expected to give grandparents and great grandparents love and companionship. Elders, in turn, are expected to help children learn to be good scholars and good people, and to help out with cooking and cleaning as much as they are able. Everyone is important in a meaningful way. That’s what social connection is all about.

How Dangerous is Loneliness?

It would be very hard to overstate the health benefits of feeling capable and connected to others in this way. Regardless of age, people who feel as though their communities don’t need them are at increased risk of depression and high blood pressure, and have been shown to be more susceptible to all sorts of other ailments. Disconnection is the beginning of loneliness, and that is even worse for our long-term health: Research suggests people who feel lonely are more than twice as likely to suffer from Alzheimer’s disease.

The indelible feeling of capability and connection I saw in the people of Longevity Village isn’t always present in the lives of my patients. And that’s a real problem, because loneliness and social isolation can actually be more dangerous to your health than smoking or even being an alcoholic, and perhaps twice as dangerous as being obese.

Yet even as our nation spends hundreds of millions of dollars on antismoking campaigns, billions treating alcoholism, and hundreds of billions battling the health consequences of obesity, we haven’t treated social connectedness as the public health priority it should be.

Does Modern Life Make Us Lonely?

Perhaps it’s no wonder that between 1985 and 2004—years that saw an explosion of cable television channels, a proliferation of angry talk radio shows and, of course, the emersion of the Internet from relative academic obscurity to the predominant media force of our time—the number of Americans who don’t have a single person with which to discuss matters that are important in their lives nearly tripled.

The trappings of our modern society can leave us helpless, frustrated, isolated, and sick. But these parts of our lives can also be tools we use to strengthen our connections with friends and families, and build our communities in ways that will help us feel stronger, more important and healthier than we’ve ever been.

Masongmou is the perfect example of this. When I next returned to the village, her wheelchair was nowhere to be seen. “My family and friends told me that I’d been in it long enough,” she explained. “They said, ‘you need to start walking again’ and so I did.”

Recently, while seeing a patient who was suffering from a heart arrhythmia, I inquired about who she considered to be part of her support network.

“Oh, Rosemary,” she said with a sly smile.

“Is that your daughter?” I asked.

“No, my cat,” she laughed. “The best friend a woman could have!”

We both got a good chuckle out of this, but I did want to know that she also had some human support. Did she have regular visitors? Did she ever feel lonely?

“How could I feel lonely?” she asked. “I have three wonderful kids and seven beautiful grandchildren. Someone is over at my place almost every weekend.”

“Oh, well,” she said. “Those days can get pretty lonely. But I wouldn’t want to complain.”

I assured her that it was perfectly reasonable to feel lonely after four or five days spent with her cat as her only companion. We discussed the health implications of loneliness, and some strategies for addressing it.

Is Social Isolation More Dangerous than Smoking, Alcoholism, or Obesity?

In one of the biggest studies ever done to explore the role of friends and family on longevity, Dr. Julianne Holt-Lunstad from Brigham Young University (BYU), published a study of 308,849 people.  In this study she found that of all the common longevity factors, such as exercise, maintaining a healthy weight, or not smoking, that being socially connected was the most important.  Indeed, her study showed that people who were socially connected lived 50% longer!

With regards to mortality, here are the 3 key findings of this study:

1. Social isolation is more dangerous than smoking 15 cigarettes a day

2. Social isolation is more dangerous than becoming an alcoholic

3. Social isolation is twice as dangerous as obesity

Do People Hide Their Loneliness?

I’ve definitely noticed in my patients a tendency to downplay or deny feelings of loneliness. The deeper we get in conversation, though, the more it’s clear that this is a problem that impacts a lot of their lives, sometimes without them ever realizing it. And that’s increasingly problematic in a world in which isolation is increasingly the status quo.

Elders are far from the only people who get lonely. Loneliness is actually one of the most common emotions among Americans of every age, so much so that many people don’t even realize that they are, in fact, chronically lonely. That feeling isn’t something to be ashamed of; it’s simply our body’s way of telling us that we need to work a bit harder toward the goal of connecting with our community.

How do we do that? I often tell my patients that the best way to cure their loneliness is to cure someone else’s. After all, when two isolated people are together, they’re no longer isolated.

On occasion I’ve asked patients who appear to suffer from loneliness to do a bit of “homework,” using the Internet to research recreational sports teams, interest groups, political organizations, book clubs, volunteer organizations, and lifelong learning classes that they might be interested in joining. All of these avenues are great ways to meet new people, and the mere act of looking into these opportunities is often enough to get people to try them out.