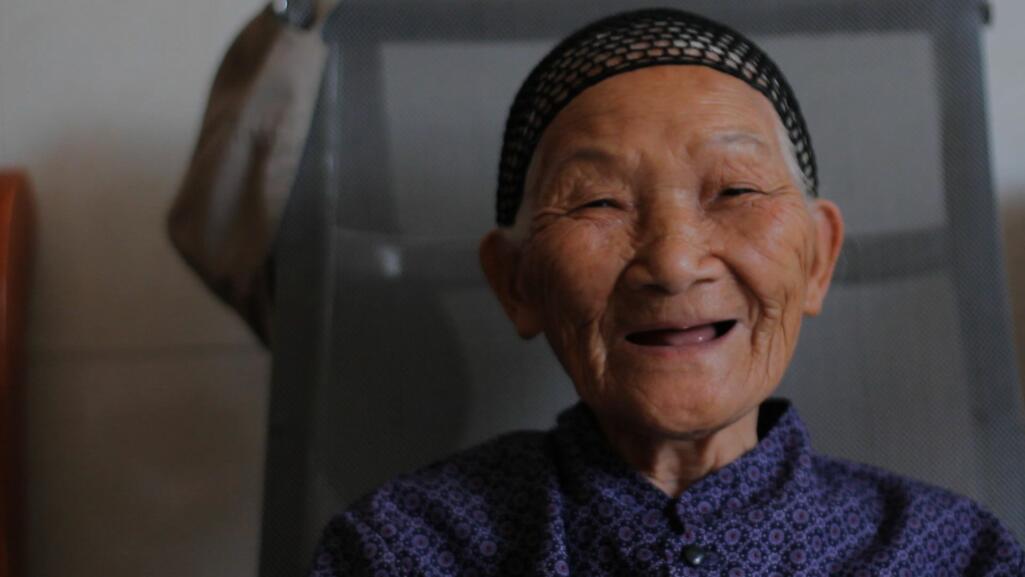 Will Smiling Help You to Live to 100?

Smiles. That is what I came to expect more than anything else when I would visit Mawen in her home in Bapan as we described in our best-selling book, The Longevity Plan. At 107 years old when I first met, she was feisty, funny, and ferociously dedicated to helping others understand that life, while not always easy or fair, is too wonderful a thing to waste with sorrow.

I cannot recall a single moment in our time together that Mawen was not smiling (just like her 2013 photo attached to this article). When our families would sit together for a meal, her laughter carried over the muddled drone of our multilingual dinner conversations. Whenever I would pass her home, she would always wave to me, point to her mouth, and smile.

Will smiling help you to live to 100? Read on to learn more from our 5-year research project in China’s longevity belt that culminated in our best-selling book, The Longevity Plan…

The Longevity Benefits of Smiling

No one lives to be so old without experiencing some tragedy, and given the ups and downs of all of our lives, it’s common for centenarians to have experienced devastating periods of misfortune. Yet researchers studying the personality characteristics of people whose lives reach one hundred years and beyond have found these individuals are almost always happy, optimistic, and resilient.

I’ve become convinced the mere act of smiling might help us live longer. One clever study showed that baseball players who smiled on their playing card photographs lived seven years longer, on average, than those who looked stern. Happiness has also been shown to be a key factor in martial stability, which in turn has been shown to be a key factor in long-term health, and another study demonstrated that a person’s propensity to smile in childhood and yearbook photographs seemed to correlate with their likelihood of staying married.

I knew Mawen wouldn’t have any photos of herself from when she was a teenager, but after hearing about the connection between getting “caught smiling” and long-term health, I was eager to ask her about that period in her life. Did she remember it as a happy time?

It was still quite early in the morning when I arrived for that visit. Mawen was already up, eating soup at her family’s low-slung dining table in a crisp blue shirt and sparkling rhinestone headband. As usual, she was smiling ear-to-ear.

“Doctor!” she exclaimed as I walked into the room, and before I could offer so much as a greeting, she began to list the various ways in which she was, as she put it, “in perfect health.” “I wake up every morning with energy,” she beamed. “I am completely pain-free. My toes and fingers all work as they should! I can’t walk as far as I once did, because I do get tired, but I can still get around.”

“And you’re still smiling!” I observed.

“Even when you were very young?”

“Even when things were very hard?”

“Always,” she said once more. “And those are the times in which smiling is most important, don’t you agree?

I very much agree. The conscientious decision to flex the muscles of your face into a smile releases neuropeptides (which work to fight off stress) along with dopamine, endorphins, and serotonin (“feel good” transmitters which are also released when we eat tasty food or engage in sex). Just seeing Mawen smile always made me smile, no matter how I might have been feeling at that moment. We have that effect on one another. Smiling is contagious, after all.

Smile as Part of Your Morning Routine

Almost everyone I know has some sort of morning routine. And almost everyone’s routine includes standing in front of a mirror for at least a few moments to brush their teeth, comb their hair, or look over their outfit. Next time you’re standing in front of a mirror, smile at yourself. Make it as sincere a smile as you can muster. Then make that a habit.

That’s how habits start: one simple action. When we feel success, we’re far more likely to repeat the action leading to that success, and we’re also more likely to try to take another small action that might, eventually, lead to another healthy habit. If you make a habit of starting each day with a smile for yourself, I can assure you, the difference you will feel will be incredible.

There is an old parable, variously attributed to several Asian cultures, about two monks, a master and his apprentice, who come upon a river. When they arrive, they find a rich woman who demands they carry her across the water. The older monk takes the woman on his back and, even as she moans and complains, he ensures not a single drop of water touches her. For miles thereafter on their journey, the younger monk stews and sighs. Finally he cannot take it any longer. “Master,” he asks, “how could you let that woman treat you in that way?” The older monk replies: “Why should I care now? I stopped carrying her miles ago. Why are you still carrying her?”

Mawen had always adhered to the philosophy espoused in this story. She was certainly not free of the sorts of pain, suffering, trials, and tribulations that mark so many of our lives. But when it came time to deal with these misfortunes, she let go of her previous hardships and was more able to deal with whatever came her way.

I wondered for a long time how that could be. After all, when Mawen lost her family, she literally had nothing at all. She returned to Bapan in her mid-seventies without a single Chinese yuan and had to begin rebuilding her life from the ground up. In those days there was nothing like social security in China. The economy was in shambles.

But Mawen told me she simply had a choice to make, and it was a simple one: Survive or perish. And when you consider that our evolutionary compulsion is to survive, it makes it simpler still. The way Mawen saw it, her needs came down to the basics: food and water, shelter and security, love and belonging. Once she’d returned to the village and taken up residence with another child, she had everything she needed. Content in that way, she was able to go on.

None of this should imply that Mawen wasn’t interested in striving for more, or that we shouldn’t do the same. Mawen most certainly did continue to work to better her family’s fortunes. In those years, she accomplished a great deal, but she didn’t need to do that in order to put a smile on her face. It was already there. That’s why today, when she speaks of her husband, her son and even the daughter-in-law who ultimately cast her out of her home,

Mawen likes to focus on the times in which her life experiences exceeded her expectations. And because her expectations were always quite simple, it’s not very hard for her to embrace those memories. When we strip away the inessential elements of our lives and focus on what really matters most, it’s a lot easier to feel content. And while it’s certainly not easy to switch our perspective from “I want more” to “I have what I need,” it can have a drastic impact on our health.

Sadly, Mawen passed away shortly after The Longevity Plan was published. However, her smiles will be something I forever carry with me. No matter how difficult life can be, a simple smile can make things a little better…